24 HOURS INSIDE THE PRESIDENT'S BUNKER

A Riveting Eye-Witness Account of the Minute-by-Minute Drama Inside the White House Bunker on September 11, 2001

After Major Darling organizes President Bush's trip to Florida on Sept. 10, 2001, he believes the next couple of days will be quiet. He has no idea that a war is about to begin. On September 11th, after terrorists crash airliners into the World Trade Center towers and the Pentagon, Maj. Darling rushes to the president's underground chamber at the White House.

There, he takes on the task of liaison between the Vice President, National Security Advisor and The White House Situation Room. He plays an instrumental role when Vice President Cheney orders two fighter jets airborne in order to shoot down United Flight 93. Throughout the attacks, Maj. Darling witnesses the unprecedented actions that our nation’s leaders are taking to defend America.

Follow Darling's story as he becomes a Marine Corps aviator and rises through the ranks to fly with Presidential Helicopter Squadron, HMX-1 and then is selected as a White House Airlift Operations Liaison Officer charged with organizing all logistical aspects of travel for The White House. It is during this time he finds himself responding to the crisis that changed the world. 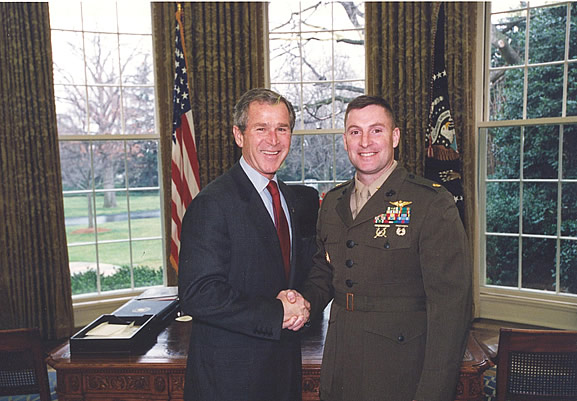 ORDER A PERSONALIZED COPY
FROM THE AUTHOR 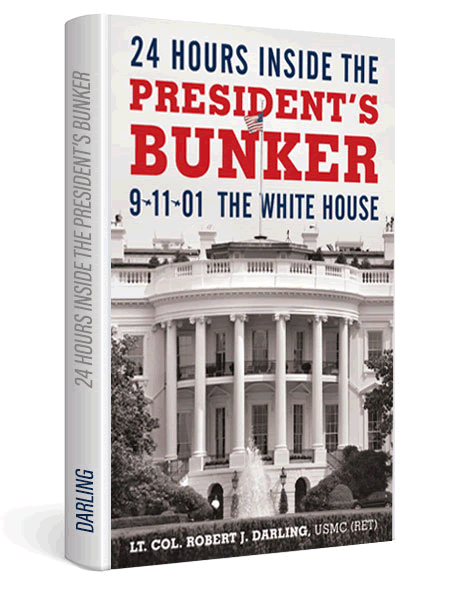 Order your personalized copy direct from Robert Darling. Enter the name(s) for your personalization below and click the "Buy Now" button to complete your checkout through Paypal. 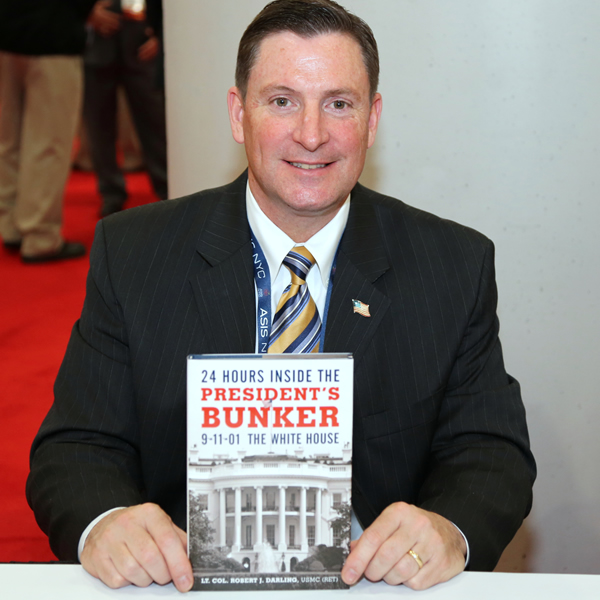 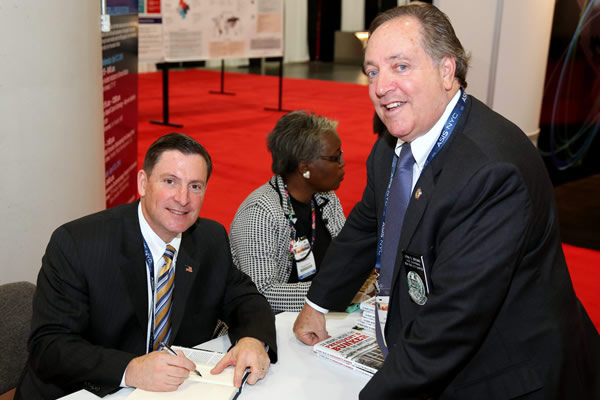 "Lt. Colonel Robert Darling gives a riveting, first-hand account of what really happened in Washington, DC on September 11, 2001. This tragic, pivotable moment in our nation's history, brought forth a surge of American patriotism not seen since World War II, and established a new generation of men and women dedicated to defending our freedoms. His minute-by-minute account of the morning of 9/11, the split-second decisions made, and the enduring legacy of the leaders who defended our country is unforgettable. Bob kept us on the edge of our seats, literally, with a powerful message that resonated with our members. His message is positive, inspiring, and real. He is a gifted speaker who interacted with ease with our attendees. I highly recommend him for your next event."

Copyright 2022. Robert J. Darling. All rights reserved, worldwide.
Website design and hosting by MSW Interactive Designs LLC. We put the web to work for you!